On our recent podcast, we talked all about the major mistakes we’ve made over our five years of running Performance360.

I feel like many people see a successful gym or business and think that it must be a a series of great decisions, like the whole growth process is just pumping out non-stop smash hits like that super sexy Justin Bieber.

I can’t speak for other places, but in our experience we’ve certainly made a number of shit decisions. The path to our growth has been paved in a ziggy zaggy line of adjustments and mistakes.

It’s a matter of possessing enough self awareness to learn from them, not passing the buck and suppressing a valuable learning opportunity.

Here are some that stand out to me.

Trying to Go Wider Instead of Deeper

Dr. Ian Malcolm, yes THE Ian Malcolm of Jurassic Park famously states in the movie that the scientists who created the dinosaurs were, “So preoccupied with whether or not they could, they didn’t stop and think if they should.”

Never did I think Jeff Goldblum would say something that I would think about daily running a business.

So often in business we get these ideas that we think are going to be awesome and solve client needs, when in reality they are sideshows that take away from your core deliverables, create distractions and build shallow relationships rather than deep ones.

Can and should are very different.

Pritz had the great analogy on our upcoming podcast that that you can be the restaurant that tries to sell cheeseburgers, espresso, sandwiches, smoothies and Chinese food, and does all with the taste of foot. Or, you can be In n’ Out Burger, make one thing and slay it.

I’m sure the people of In N’ Out have been thrown thousands of suggestions of things they can add that customers want.

Should they? Dunno. Perhaps it expands their audience for people who want onion rings, but that’s not who they care about it.

Over the past five years we’ve done some things in which the “growth” byproduct of the additions were far outweighed by the weakening of the brand that occurred with it.

These would include our 50/50 referral program, “challenges”, The Dirty Fork and attempting to offer something unique with our stand up paddle board classes back in 2012.

While each of them had their place and worked to some mild or even big success, ultimately, they widened our offerings to much to the point they could not be quality controlled and each nudged us off course.

If you just make cheeseburgers, it’s really easy to focus on making a damn good cheeseburger.

Strengthen what you do, don’t add tricks and gimmicks to it.

There is a vast difference between doing something pretty well and doing it better than anybody. And if you try to be the provider of all, you’ll have a menu of average tasting food.

Less is more. More is less.

Don’t strive to offer something unique. Strive to deliver it in a uniquely remarkable way.

Not Respecting the Process

Starting out a no name gym with no exposure was challenging to say the least. It forced us to have get very creative in getting our name out there and enough momentum to make a splash in the market.

Our initial goal when we opened was to add ten new members per month. If we did that every month, it meant we were treating clients right and that ultimately we’d grow and be profitable.

Sometimes, we got caught up a bit too much in the growth and jeopardized our core following with flash sale style initiative, contests and challenges. While they always ended up netting us some awesome new members who are still with us to this day, it more often results in folks who are joining for the wrong reasons and you’re left with a huge influx of flaky new members who now require attention away from the loyal, good members.

This is so common in all we do. We take something that’s clearly working and feel the need to add to it.

It’s like doing banded Romanian deadlifts when you can’t even pull three hundred conventional yet. 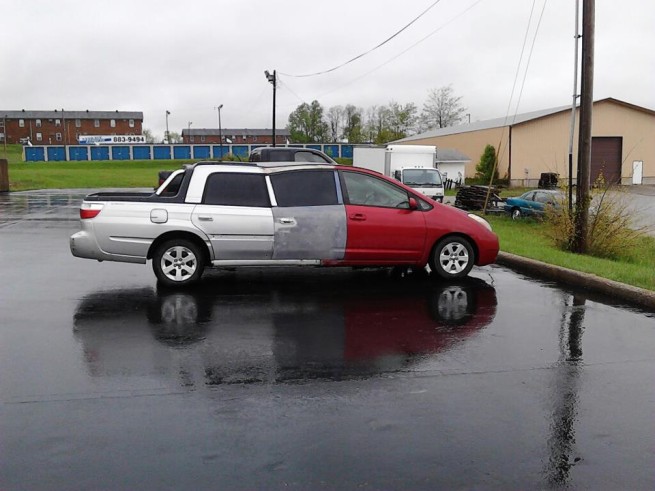 Don’t add rims and mods while your engine is still shit.

This parallel exists with a lot of folks starting out in a health and fitness career and how “internetized” the world of branding has become. People want to establish themselves as an online and social media brand before they even have a fucking quality service to offer folks.

Don’t brand before you can serve, and don’t jump the growth process and mortgage the future for the present.

Stick to your process and the unsung work that nets steady, boring growth.

If something happens overnight, it usually means it can crumble at just the same speed.

We have an inherent compass within each of us that can usually sniff out bullshit before our noses and other main senses.

Thing is, we usually know this we just often ignore it or rationalize going in the other direction.

I’ve made two terrible mistakes with personnel in my time as owner of Performance360. The one I will focus on is back in 2010 with our real estate agent that we hired to help us on the property search.

We were recommended Ned’s firm by a local friend, and the relationship couldn’t have turned out worse.

Prior to meeting him, I sent him over a very detailed list of spaces that we wanted. We were very specific and did all of our research, so that ideally, Ned would come in and reveal the properties that were in line with our requirements after he spent time aggregating options based on my direction.

Here’s what Ned did instead. Ned has me meet him in the parking lot of an In N’ Out burger (I swear I am not sponsored by In N’ Out).

K? So red flag number one. We’re meeting in a fast food parking not, not like, an office.

He gets in my car and we head over to Garnet Ave. here in PB and I will never forget this, his exact words to me were, “Drive so slow the cars behind you get angry and honk at you”.

His method for finding property was to drive one nautical mile per hour and hunt for “For Lease” signs, so slowly on the road that cars behind me would be irate with the speed at which I was driving, and I was to somehow ignore this.

Ya learn that in real estate school, Ned?

Needless to say I should have disengaged the relationship on the spot, but I did not. I was green. Despite knowing in my gut that this was a bad marriage waiting to happen, we proceeded with Ned and ended up in court over the shady practices of the firm.

Had I listened to my instincts, I would have driven his ass back to In N’ Out, bought him one animal style, texted him the URL to Coleman University, and sent him on his way as a thanks for his troubles.

I ignored my instincts, and even worse, when I knew it was time I was too weak to do anything about it once momentum started to build.

Trust your instincts and if something feels off, it usually is.

Cut the head off before it spreads.

Addicted to “To Do”

In another great book, “Smarter. Faster. Better.”, author Charles Duhigg talks about the fallacy of to do lists, and how we get so caught up the euphoria of completing a task and physically crossing something off of our list, that it often leads us to rushing the completion of it just so we can feel that high of productivity.

While it’s easy to get away with it for some of the more mundane day-to-day activities, it will kick you in the ass if you apply this to bigger, more client facing projects.

Take an extra week to finish up the website.

Delay an announcement you’re excited about a few days to make sure it’s genuine.

Don’t try and tackle multiple important projects at the same time because somewhere along the lines, we were told that multi-tasking was what interviewers wanted to hear.

Do one thing at a time. Do it well.

The key to all of these mistakes is that I have learned from them. I know that I will make dozens of mistakes moving forward and dozens more after that. That’s part of growing and getting better.

Where trouble occurs is when we think all of our decisions are gold and that when things don’t work out, it’s the fault of someone else.

Mistakes are not a death sentence to your business or aspirations. Swallow them and get better.

In closing, I would like to thank everyone who has tuned into and subscribed to our podcast during our launch, and who has read and shared my personal website of late. You probably have noticed that I have picked up more frequent writing again, a practice of mine for about three years before I just got too busy and frankly, kind of lost in my tone and writing style altogether.

I’ve slowly been finding it again and I am excited to share it with whomever finds it interesting. If you enjoy what I post, please help me out and share it, and subscribe to the site if you’re feeling extra nice.

Now go out there and make some mistakes.

Agree? Disagree? Let me know what you think of my list and if you liked it, please hit the SHARE button below.