Programming traditionalists struggle to accept a world that doesn’t necessarily require we put someone on a highly structured regimen, and the more modern functionalists would rather slam a shot of chalk than do the “same thing” for eight straight weeks.

The conventional advice is always, “If you want to get better at X, then just do X”. Frankly, I find that a bit sophmoric and I have never believed that’s the case closed prescription. That’s typically something that a hobbyist without much practical application for athletes or clients might say, and the fitness version of prescribing a pill and saying, “just take this once a day and you’ll be cured”. Of course, you have to do something to get better at it, no one is denying that, but this idea that simply dosing the movement as the way to get better at the movement, and leaving it at that, I most certainly do not buy into. It’s a part of the equation but just one of the many variables.

Walk into any CrossFit or strength and conditioning gym and you will receive a different style of programming at every single one of them. You’ll see some that fly the flag of all varied, all the time. You’ll see others that focus on a stricter, more periodized approach. I can tell you that over the course of six years, I have programmed both styles, and that I believe both are totally adequate for getting results. For five years, we were of the constantly varied model and we produced many elite lifts and competitive race times. For the past year, I have made the switch and programmed a more traditionally periodized approach, with two to three main lifts at a time written anywhere from four to weight weeks, and not surprisingly seen success.

I do believe that structure wins. But I also believe in always keeping the elements of variation, even random, for both physiological and psychological reasons.

As such, I like a low-volume hybrid approach as the best way to get great results, fix deficiencies, and also keep people’s attention span and interest levels. Low volume, structured specificity in the main objective with mixed modal training concurrency in complimentary measures.

Here’s what I like most about a hybrid programming approach, and elements of programming that I believe are most important.

Structured Specificity as the Foundation

If the goal in a particular cycle is to increase squat strength, we’re going to squat. Frankly, I don’t believe this section requires much brainpower. This falls under the “do something in order to get better at it”, which no one is denying. Within this structure, I generally like to stick to very similar rep ranges so athletes can see linear progress each time they lift. I encourage athletes to go up in weight every session, even if it’s literally only five pounds.

However, where my opinions might deviate is not in movement selection, but in frequency as I believe in the idea of minimum effective dose specificity when it comes to strength training. Think of this like someone who drinks a lot. The more they drink, the greater tolerance to alcohol they build up over time, so they need more and more of it to get drunk. Of course, your liver doesn’t operate like your CNS, but I think there’s a parallel with lifting that by keeping your volume at fine tuned amount, you’re not overloading the stimulus and creating a kind of immunity to it. Instead, you’re allowing constant adaptation and progress.

Years ago I ran a training experiment with two coaches. We stopped lifting altogether for one month and just performed body weight work with the expectation that removing the stimulus would create beginner-like sensitivity lifting once we started lifting and we’d break many PRs and plateaus. We called it, “Tricking Your Body Into Thinking You’re a Beginner”, with the idea of resetting the CNS.

It worked. Shortly after, we all hit various PRs.

I like the idea of taking that principle and applying it to structure. Train with scheduled frequency and consistency, just don’t overdo it. Overload the weight, not the frequency.

One of the reasons that I liked the constantly varied model of lift programming is that it allowed a lot of weaknesses to be trained apart from the lift. For example, if your hamstrings are weak deadlifting, then deadlifting more might never actually fix that. Your low back will continue to get overworked and likely a self fulfilling prophecy of weak hamstrings would be allowed to exist. Constantly varied doesn’t allow the athlete to continue to reinforce imbalance, by stepping away from the deadlift and doing workouts filled with kettlebell swings, RDLs, etc, perhaps the next time they step up to the bar that hamstring sickness is cured.

I believe that this is the ingredient that allows a lot of progress in a constantly varied model. However, that can be a crapshoot. If the athlete misses a few instances where the deadlift is programmed, who knows when that lift can be practiced and the progress be realized.

This is why I like to have focus in the lift, but with secondary objectives and inclusions that provide benefit towards the goal.

I believe that training concurrency plays a large role in achievements like this. Let’s take the deadlift and the squat as an example. They are two different lifts, yet both work similar prime movers in different percentages of each, and in different parts of the movement. This creates a bit of a “push-pull” symbiosis, where the deadlift requires torque through internal rotation, and the squat, external rotation, netting out to different parts of those prime movers being trained in a slightly different manner. Similarly, the deadlift engages the quads first off the ground, the squat engages the hamstrings first on the eccentric. One is grip intensive, the other more axially loaded, stimulating the CNS with different responses. You get the idea.

Let’s look at some more examples.

Back squats will build lat strength for your pull-ups. In fact, I’ve seen more pull-up PRs happen concurrently alongside back squat PRs than I have with an isolated high volume program.

Lunges and core strengthening will improve locomotion and running economy, shaving time off your mile, without any mile training specificity whatsoever.

Powerlifting alongside weightlifting is a great way to get stronger at each. Technique conflict aside, when you start to understand muscle synergy and the speed strength continuum it makes perfect sense (strength helps speed, speed helps strength).

The list could go on. I am a big, big believer that the ongoing nuances of concurrent training produce a major benefit, however nebulous it may be, where the end result is strength in other movements.

So, in summary. In looking at the whole picture, here’s how I believe an athlete benefits from a combination of periodization and variation.

Here are some of the most recent examples of athlete success following a hybrid programming model.

Tyler hit a lifetime back squat PR of 515# after an 8-week squat cycle from April 1 to May 21. He also hit a lifetime deadlift PR of 565# and a 5R of 500#. He performed each just once per week and did not shy away from intense conditioning in the process.

Big 🎉 to Tyler who hit his second lifetime PR in 48 hours. 515# for 1R with load to spare. Achieved via mixed modal training 2-3 days a week, following the Daily board, four working sets at a time, and most importantly, not missing reps. To boot, Tyler wasn't ignoring conditioning in this meso, either, as some might assume with a lift like this. In fact, improving conditioning was among his goals as he routinely performed timed aerobic work and benchmarking. Contrary to the false claims of some, mixed modal training will absolutlely not create strength interference if the dosing is right. ____ Remember that the basics work forever and you can absolutely improve two energy systems concurrently, while getting strong AF. @trauism _____ #BecomeMore #PacificBeach

Kim recorded a personal best in her mile (5:55) without ever actually training the mile. So did Abby (5:57).

Kim and Abby, 5:55 and 5:57 mile times. Level 4 each and oh, the top 1 and 2 times ever at CP. The mile at CP is like running with a ankle weights on. Sharp turns, a 180 at the 800m mark, and harsh head winds. This is cruising. Big congrats to these two athletes. @kimberlyfaimon @abby_crotteau ____ #BecomeMore #PacificBeach

Brenna hitting a 200# hang clean PR when the overwhelming majority of her training is intensely focused on power lifting.

BG huffed and he puffed and blew the house down, closing out a 2:58.4 to capture the Men's Record in the 1000m Row, by just .08 seconds. Jeremy held the previous 👑 for almost two years. @brogangraham @novemberproject @jeremyschneiderdotcom ____ #BecomeMore #PacificBeach

Bri jumped from 175# clean to a 200# clean while attending our boot camp SHRED classes at the exact same frequency as our WEIGHTLIFTING class.

In the endurance world, the same principles hold true. P360 athlete Abby PR’d her marathon and qualified for Boston using this approach of lower volume in her main objective (running).

Shannon reached a 260# front squat and a 300# back squat without ever training either more than once per week or longer than eight weeks at a time.

I don’t want to turn this into a hog hang and list achievement after achievement, but you get the picture.

After six plus years of n=1 observation, I do believe that specifically working on something beats randomly working on something, and I do not anticipate I will ever return to a “constantly varied” model. Specificity is king, but I am not on board with the notion that you must swallow gallons and gallons of something in order to get better at it.

I think the body responds best when you’re giving it just the right dose to see constant progression, but not hammering it into the ground with unnecessary volume.

There are many training philosophies that produce outstanding results. It depends on a variety factors such as your training age, whether or not you are competing for something, and your body type, but ultimately I think there’s dozens of ways to skin a cat. For me, I like a hybrid approach for our athletes because I feel the traditional periodization targets goal specificity, while the variation ensures the spare parts don’t get left behind and the athlete doesn’t hit a wall.

What style of training do you prefer? 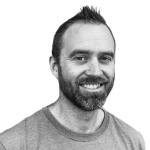